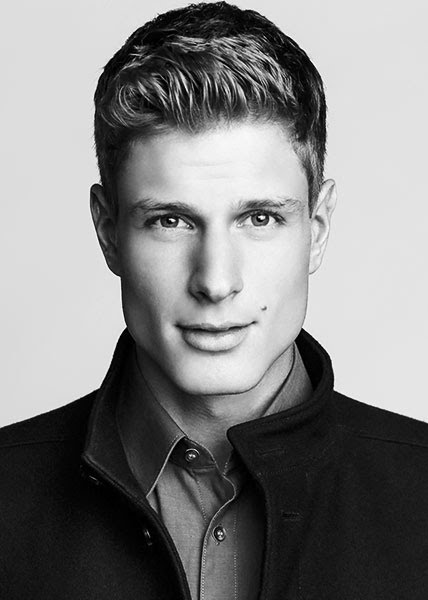 Today we are going to look at my favorite setup for an API built with Go. We will build a simple application that includes all the basics to build a powerful, scalable web app. Keep on reading if you are interested in how to get your first Go API kicked off. As of today the main packages used include Iris, GORM and Dockertest. I will be guiding you through a follow-along tutorial in three parts, one for each of the main packages.

For those who are just interested in the finalized code, the complete repository with all files can be found here. This tutorial assumes Mac OS as the operating system, but of course everything works on other systems too (It is just some extra work to lookup the respective commands 😉).

If you haven’t yet, install Go. For Mac OS it is the easiest to use brew with the command brew install go. Then, we initialize our project. With Go version 1.11, modules were introduced, which means from now on you don’t have to develop all you projects in GOPATH anymore. You create your working directory wherever you want. Start by typing

With these commands, you just initialized your Go module. In your directory, you will now find a go.mod file. So far it’s pretty empty and only contains the package name you gave it, but it’s gonna fill up later with all the dependencies we will be using.
Next, we will create a main.go file, as every Go program needs one. You can do so by typing

into your command line. Let’s first write a quick hello world program to see if everything works with your Go installation. You can open the current directory with the editor of your choice. I will just be posting the necessary code in here. Fill your main.go package with the following code (we already created the first line through the command above, I just included it here for completeness):

Now run go build in your terminal in the current working directory. A new file with the package name you gave in the go mod init command earlier has been created. Run the file with ./my-go-api. If you see the output Hello World, everything is working as expected.

Getting Started With Iris

Iris is one of the more popular, fast, and easy-to-use web frameworks for Go. Of course any other could be used, but I decided to use Iris for now, even though there are some critiques out there.
Let’s change our simple hello world program from above, so that an actual web server is started that sends a Hello World response. Replace the contents in the main.go file with the following code:

The comments should explain what we did there. Note that I now import github.com/kataras/iris/v12. Try to run

now. Your binary my-go-api will be updated, but more importantly the command just downloaded all the packages needed from github.com. Check out your go.mod file now, you will see it now contains all the dependencies of Iris. Run the app again with

and access locahlost:8080 in your browser now. Congrats 🎉! You just started your own API.

Now, let’s create one new endpoint with a variable path. Just add another app.Get reference right next to the existing one:

The ctx.Params().Get("name") part accesses the variable from the context. Don’t forget to import the package fmt now, since we need it to generate the string with a variable:

go build and run your application again with ./my-go-api. Check out locahlost:8080/Bill in your browser.

You did it 🎊! From here you can now expand and scale your API. You can download the complete source code for this blog post here.

Make sure to continue reading part two on how to integrate a database.

This blog post describes my favorite setup of a project skeleton for a Python Flask web app or api. Keep on reading if you are interested in best practices for a Python Flask folder structure, architecture setup and testing. The repository with all files can be found here. It’s helpful for this blog post to download the repository. I’ll explain all necessary files and the folder structure.

Like many of my projects, I like to dockerize everything. This also leads me to the only prerequisite: have Docker installed (I made a video how to install it). I like that everything is included with Docker and I can virtually run it on any cloud platform (because all of them offer container hosting services / webapps). Apart from that, I’ve often had the case, that one Python package doesn’t like the other. So if you happen to develop multiple projects on your computer ever, then it’s very likely that you run into similar issues. Docker takes care of it and separates each project from one another. It’s like a lightweight linux instance with only Python installed. I don’t like Python’s virtualenvs too much, because it copies all Python dependencies into my working directory.
The container is built on a lightweight linux container. So let’s start with the Dockerfile. In case you don’t know what that is, I also recommend watching the linked video above. The steps are as follows:

The Dockerfile is necessary to build the container. But as you might have guessed, we still need the files the Dockerfile is referring to, so let’s look into the file structure before you start the build.

Let’s start with the high level structure and we will go into more details after that:

The file structure of this is super easy. There’s basically one row for each package and two equals character and then the version. You can lookup the latest version here. I put the necessary packages to get started in there, but you probably want to add the packages you need.

Now that we got that packages covered, that get installed on Docker build, only the app/ directory is missing.

Actually in the simplified folder structure above, I left most of the contents of the app/ directory out to confuse less in the beginning. Bet now that we unwrapped the different parts of the repo, let’s look at it’s contents:

Now that we covered the entire file structure, the last part missing is to look into the Python files:

The overall structure of the file is as follows (described in meta code):

I think the meta code including the comments is pretty self explanatory. Eventually I will add an /utils directory that allows importing own classes and functions.

The pytest.ini file defines that it will look in the /app directory inside the Docker container for a directory called /testing. Inside this directory it will run all Python files that begin with test_ or end with _test. Hence our two files in the directory will be executed. Both have the same imports:

The last two lines of the code block above make sure that the testing file always looks in the /app directory in the root of the Docker container. Inside there, it will look for the app.py file (because of the from app keyword) and for the app variable inside that file (because of the import app keyword).
pytest will just run through all function that start with test_ in their name. I’ve added a few examples to those files, so it’s the easiest to check them out in the repo.
For the test_integration.py file, after the import block, there is a pytest fixture defined. Mainly it spins up the Flask test client once and keeps it alive during the entire run of the integration test. This is necessary for when you have logins to your app and certain requests to your endpoints only work if a user is logged in. So one of your first tests would then be to login a sample user. 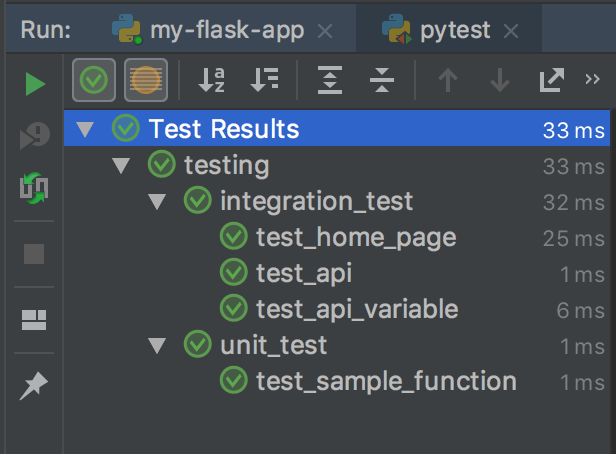 I like the testing and debug features of PyCharm, so I included the .idea/ directory into the repo. In there are definitions like to execute the tests inside the Docker container. Or when you click the debug button, it will spin up the container including the debugger so your brake points will work inside the containers. So when you open this repo with PyCharm, this would already be implemented.

I have a few more ideas that I want to include in upcoming updates:

Welcome! You found me online!
This is my first post on my personal website, on which I post things I’m interested in. I will use this space for thoughts, ideas, experiences and dreams. My name is Jonathan Langefeld, but almost everybody calls me Jonny. My mum used to call me Jonny from a young age and it stated in 6th grade, when a teacher picked up my nickname, that everybody started calling me Jonny.
I live in Silicon Valley where I am persuing a professional carrier as computer scientist. Over the years I gained a broad skill set that reaches from software development over project management all the way to data science and machine learning. If you want to learn more about me, head over to the about page or check out my resumé.

What you can expect:

I love talking about all kinds of topics and am generally interested in what you have to say. If you let me choose the topic though, there is a high likelyhood for it to circle around finance, business and entrepreneurship or computer science. This can long from the stock market, investing, retirement savings, real estate, passive income, dividends, cryptocurrencies, startups, company histories, small businesses or digital nomadism all the way to software development, coding challenges, Docker, Python, web development, machine learning, data science or deep learning. I love to combine those topics, hence I am very interested in young fintechs and digital payments/stores of value and things of that sort.
If you have any question, feel free to reach out to me through one of my social media channels or via the contact form.